How to Comply with the latest Dutch Law on Fake Reviews

With consumers relying more and more on reviews as recommendation tools for which products to buy, fake reviews are more prevalent than ever in the eCommerce sphere. With the recent installation of a Dutch law that penalizes the usage of fake reviews, it is more important than ever to make sure there are no fake reviews on your website. In this article, we will explain this new law, the potential effects for your eCommerce and how you can prevent becoming a Dutch fake-review criminal ;-). 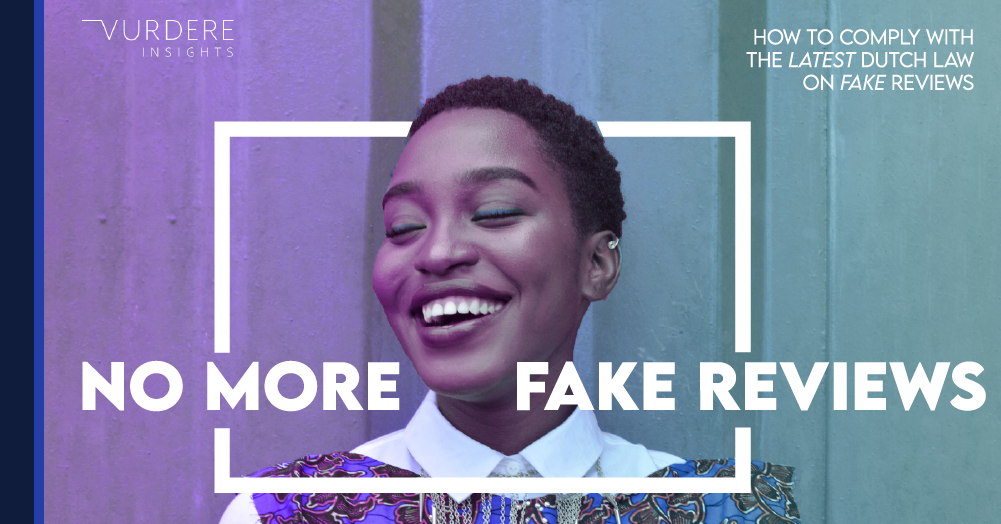 In 2019, The European Union adopted an EU Directive (2019/2161), in which the use of fake reviews is explicitly labeled as misleading and therefore must be prevented and prohibited by the member states. The directive states the following as the ‘issue’ within reviews in eCommerce (Article 6:47): ‘Consumers increasingly rely on consumer reviews and endorsements when they make purchasing decisions. Therefore, when traders provide access to consumer reviews of products, they should inform consumers whether processes or procedures are in place to ensure that the published reviews originate from consumers who have actually used or purchased the products’.

So, in this Directive, even the EU stresses the importance of reviews in today’s market. That is why consumers need to be protected from fake-reviews, which is why the EU made up this Directive to let Member States draw up legislation that penalizes the use of fake reviews. The Netherlands, for instance, needed to have transposed this directive into Dutch Law by May 2022. The Dutch government has been successful in this demand of the EU, with recently introducing a law that places a penalty on using fake reviews.

With a penalty on using fake-reviews, credibility in your reviews is more important than ever. We have all seen them. Multiple reviews places around the same time, by either anonymous users or people with very random names saying: ‘I just love this product’ and giving it 5 stars. However, this happens because it is rewarding as well. Studies show that while in 2010 70% of consumers valued positive reviews as much as personal recommendations, in 2019 90% (!) of consumers valued reviews as much as personal recommendations.

This creates an incentive for companies to fake reviews, because it apparently is rewarded by consumers. This is why, according to BrightLocal Research, in 2018 82% of consumers have read a fake review. This number is even higher under 18-34 year olds, with 92% claiming they have read a fake-review. This could also be explained because this age-group is digitally more intelligent and therefore can perhaps better spot a fake-review from a legitimate one.

However, using fake reviews can naturally lead to a backlash if consumers find out that the reviews are fake. Next to that, you will also be penalized from now on if the government finds out that you use fake-reviews. Consumers can report an eCommerce when they suspect that they use fake-reviews, and then you would have to prove that the reviews are real. This can be done through knowing who wrote the review (based on IP), what kind of language they used plus getting rid of the anonymous character of reviews. By connecting real names and faces to reviews, a fake-review is hardly possible. With current review-tools, it is almost motivated to use a fake-name or a random username, instead of your own name.

Stand For Your Review

At Vurdere, we believe in Standing Up For Your Opinion. This means that if you have an opinion, you should stand for it. With your name and face. What does it otherwise make your opinion? This automatically decreases the likelihood of a review being fake, because you can trace who said what instead of having zero information about a reviewer. On top of that, our algorithms are able to know what is being said. We prioritize the reviews that are most well written, most ‘human’-like so to say. Instead of the short: ‘I love this product!’ reviews.

If you want to be fully prepared for the new laws on fake-reviews, and know more about what our solution can do for your company, plan a call for a free demo here.