Stand For Your Opinion:

The Case of Edward Snowden

This article series is on standing for your opinion. In this series, we discuss people who in our opinion have stood, or are still standing, for their opinion in their pursuit to create a more honest world. In this first article, we will talk about Edward Snowden. How does Snowden stand for his opinion? And what can we learn from his fight for privacy regulation? 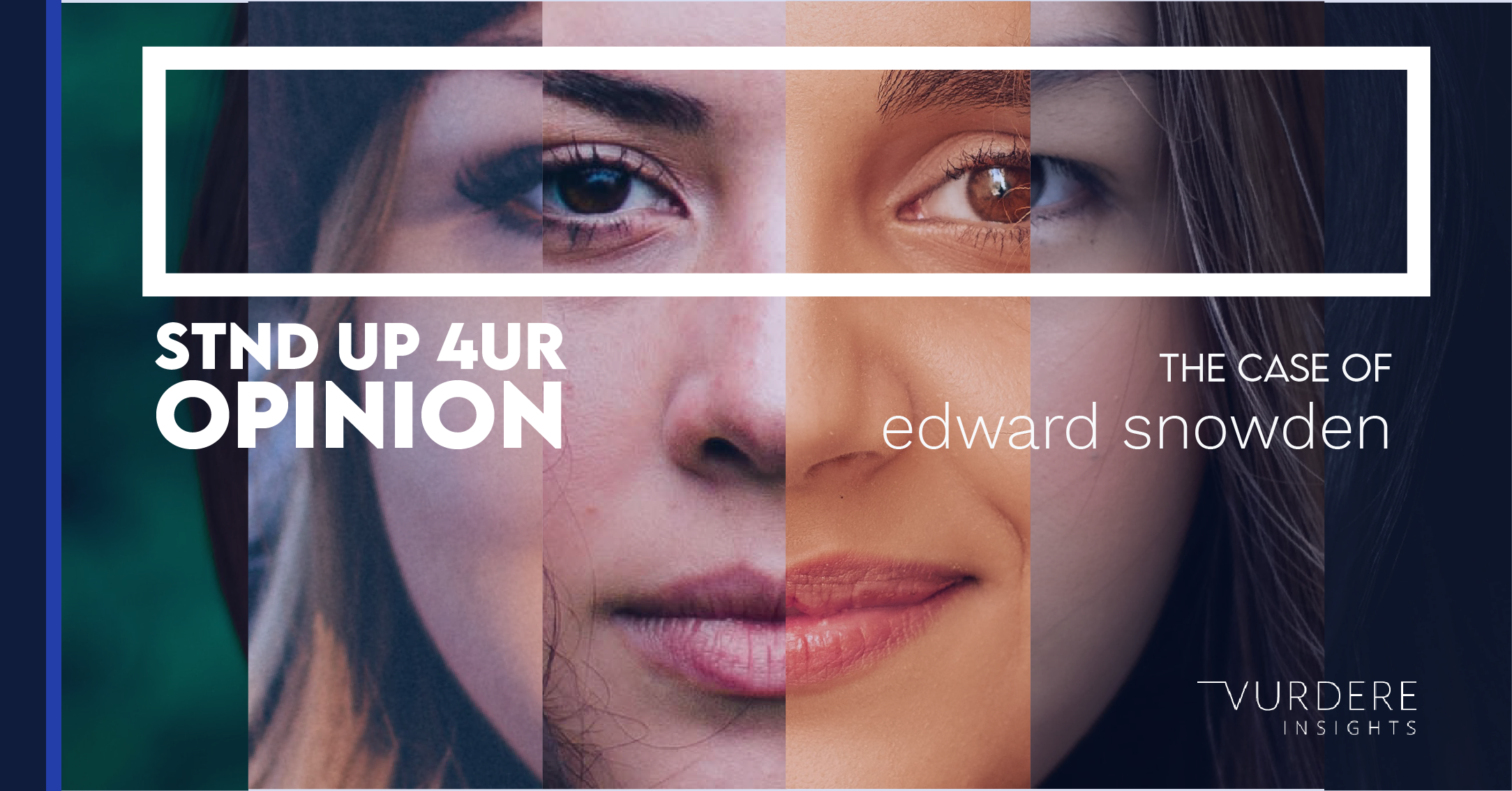 The Case of Edward Snowden

Not many people are called a patriot and a traitor at the same time. A hero and a villain. But with Edward Snowden these contradicting characterizations are no exception. However, as Snowden says himself, it should not be about who he is: but about the issues he raises. According to Snowden, our personal information and privacy has been under attack for the past decade. With the digitalization of our lives, especially with the COVID-19 lockdown of last year where the world was forced to stay inside and therefore socialize through the mechanisms of the online world, we reveal a lot of personal information online. Who are our friends, who are we interested in, who are we dating, what do we like, where do we live, what are our biggest fears, dreams, hopes and so on. All this information is stored, and one would hope that it is safely protected. Snowden found out this was not the case, and that governments are using this information continuously. George Orwell’s dystopia 1984 suddenly sounded very familiar when Snowden leaked information of the National Security Agency (NSA) in 2013 when he was an employee of the Central Intelligence Agency (CIA). Big Brother is in fact really watching us?

It is estimated by U.S. Officials that Snowden copied around 1.7 million secret documents from the Pentagon and subsequently leaked them through journalists. The information that Snowden leaked primarily had to do with how American intelligence agencies abuse their power, and invade citizens without their consent worldwide in their privacy, in order to find potential threats. But, when is something a security threat? And moreover, do American agencies have the power to invade the privacy of citizens in other countries?

These are important questions to ask when we are talking about privacy versus security. Clearly, Snowden saw that the balance was completely off between privacy and security and especially that American agencies were doing this without any consent of the people they were invading. Snowden therefore felt that he had to do something with this information. People should know about this. So, what do you do when you are confronted with issues that are deeply disturbing, and of which you feel that everyone should be made aware of, but at the same time it is your duty to not disclose that same information because it is secret? This is what Snowden asked himself. Going to Congress made no sense, because there were no legal protections for employees like him. The only reasonable thing to do, according to Snowden, was to collect the evidence and to 'leak' the information to journalists who could spread it. The journalists were protected under the First Amendment of the United States Constitution, namely free press, so there was no danger for them.

The Sacrifice of Snowden

There was, of course, danger for Snowden. Facing charges of espionage, Snowden fled to Hong Kong first and then to Russia where he was granted asylum. Snowden sacrificed himself, and his life in the United States, in order to tell the truth. To be honest. To stand for his opinion. No matter the consequences.

Ultimately, it has been a worthy sacrifice. It can be said that because of Snowden, we have become more aware about the power that governments and companies as Facebook and Google have over us because of technology. Because of this process of conscientization, started by Snowden, more privacy regulations have been put into place. One of which is of course the General Data Protection Regulation of the European Union, which we have discussed in an earlier article. We can only hope that data protection will be more and more important in the years to come, since our lives are only transitioning more to the online-spheres since the COVID-epidemic.

Stand For Your Opinion

This was the first insight of our stand for your opinion series. Of course, we cannot all be like Snowden. However, we can stand for our opinion in our day to day lives more. At Vurdere, we believe that we all have something valuable to share. And this information can only become valuable whenever we share it in an honest, and sometimes even bold manner. This series is there to inspire you to be more bold and to keep standing for your opinion.