Stand Up For Your Opinion:

The Case of Julian Assange

This article series is on standing up for your opinion. In this series, we discuss people who in our opinion have stood, or are still standing, for their opinion in their pursuit to create a more honest world. In the previous article, we discussed Edward Snowden. In this article, we will talk about Julian Assange. How does Assange stand for his opinion? And what can we learn from his fight for transparency of information? 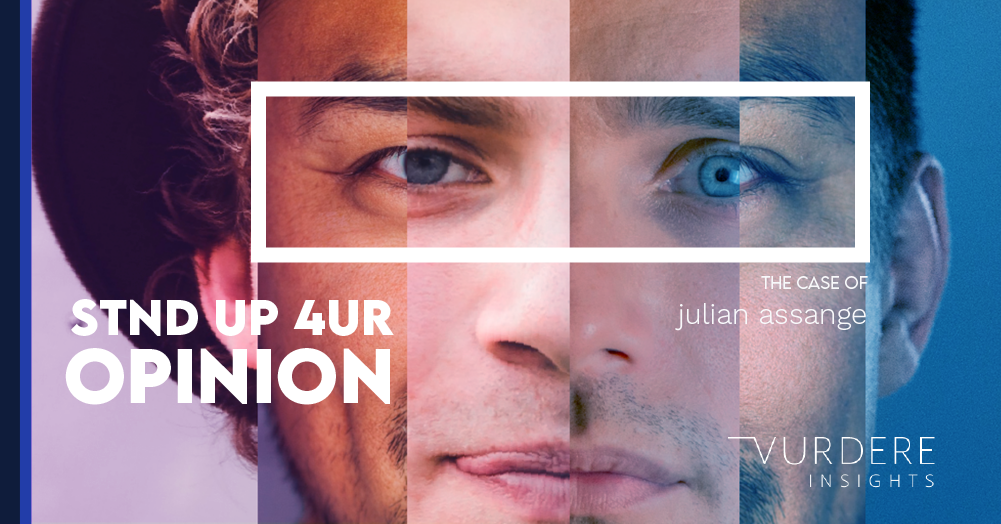 The Case of Julian Assange

Assange is a true nerd in the most honorable sense of the word. Born in Queensland, Australia in 1971, as a son of two traveling actors, he studied at 37 different schools and 6 different universities in Australia. At the age of 16 he began hacking and shortly after formed several hacking groups. Allegedly, Assange was involved in the WANK hack at NASA in 1989 at the age of 18.

After several hacks, and even being caught by the police, Assange started to use his skills for a greater good. In 1993, Assange helped the Victoria Police Child Exploitation Unit to prosecute individuals responsible for publishing and distributing child pornography. Assange always had a larger sense of what is ‘right’ or ‘wrong’, with most often using his hacks for ‘good’ causes. In 1999 he registered the, what would later become the notorious domain leaks.org.

Fearing the ever-increasing power of large multinationals and governments, Assange and others established WikiLeaks in 2006. Assange was the editor-in-chief and travelled continuously from 2007 to 2010 around Africa, Asia, Europe and North America to gather classified documents in order to leak them on the website. The leaks varied from exposing Swiss banks’ bank records, to broadcasting a video (“Collateral Murder”) showing the US Army killing 18 civilians from a helicopter during the Iraq-war. Of course this caused major backlash at the US army from the international community, leading to the US tracking down WikiLeaks and starting a hunt at Julian Assange.

Julian Assange’s Drive for the Truth

However, this did not stop Assange. Instead of hiding, it was clear that Assange was behind WikiLeaks. Assange could not be bothered with using an alter-ego, which is often done by hackers. He stood for his drive in exposing the truth with his full name and face.

Regarding his own role within WikiLeaks Assange stated, "We always expect tremendous criticism. It is my role to be the lightning rod ... to attract the attacks against the organization for our work, and that is a difficult role. On the other hand, I get undue credit".

To protect his own life and to continue publishing on Wikileaks, Assange was granted asylum in Ecuador so that he could remain at the Ecuadorian Embassy in London. Assange stayed here for 7 years, living in a small office converted into a studio apartment. From this place, he could continue publishing on WikiLeaks while not being arrested since Assange faced serious charges from the US and the UK. Next to that, it is rumored that several intelligent services, such as the CIA, were trying to ‘take Assange out’ by assassination. Therefore, Assange risked his own life by his drive for the truth.

Standing Up For Your Opinion

Again, an intense example of standing up for your opinion. That is why we address it, to shine a light on the whistleblowers of our society in their drive to a more honest and truthful world. One can only stand up for their opinion by doing it with their name and face. Be proud of your opinion, only then you are to change the way people think and perceive the world. Assange did so by risking his life.